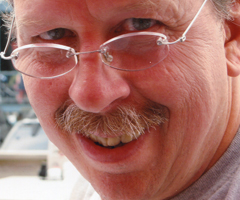 Stephen graduated with honors from the University of New England's Physical Therapy degree program. He has been practicing a mix of mainstream and eclectic manual therapies for over twenty years.

Stephen has been messing about with computer electronics and programming since he was knee high to a coke bottle. They call him a 'renaissance man' on account of his many self taught talents like oil painting and sailing.

He possesses a unique blend of left and right brain capabilities, and is responsible for creating the original hOurworld network software. Stephen is now the lead programmer on the hOurworld software team. email Stephen 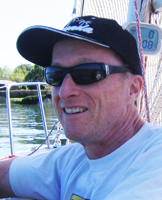 John lives in rural California, an area with some serious challenges and wonderful potential. He frowns upon the notion that who a person is or what they do can be condensed into a list, and instead wants you to know that he is here to help build a better life for everyone, informed by the past and present, and our collective dreams of the future.

To learn just a little more about what John does, check out: to3rd.com 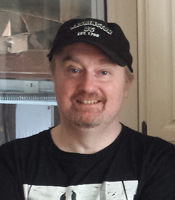 Ian Graduated doing Mechanical and Production Engineering – Excelled at the computer based practices (C.A.D. / C.A.M.) and ended up in the IT department supporting the very department that had taught him. Had fun playing with all those big expensive industrial robots (toys) you see all the time now.

He has been messing around with computers since an early age in school, and got his first home computer at the tender age of 16 (Nothing special about that now, but in 1982, it was a big deal – trust me!). Since then, he has never looked back.

Microprocessors have been a focus of late, so watch out for 'Heath Robinson' style inventions appearing in the near future! 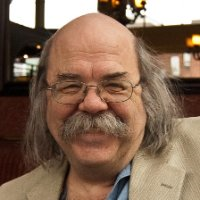 Top-down design and structured methodologies in a range of applications programming, from database management through accounting and statistical research to system software.

Emmanuelle Le Gal is a fine artist and graphic designer. 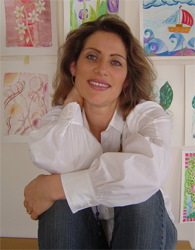 She attended Massachusetts College of Art in Boston. Originally from Brittany, France, she's been living in the US for over twenty four years. In 1997 she started a partnership with her husband and Dreamworld Productions (a recording studio) became Dreamworld Productions and Design. Since then she has worked as the artistic director of the company. Art has always been a big part of Emmanuelle's life and her work reflects her love for nature and the outdoors. Preferring to work with textures, she has enjoyed creating mixed media pieces and collages. She takes pleasure in the experimentation and the discoveries of working at the layering of her thoughts and ideas as well as the gathering of materials. Currently residing in Lynn, MA, she now works part-time. If you don't find her painting or working at her computer, it means she's probably chasing after her two boys.

Jeff is a graduate in philosophy and a lover of community. When he is not playing with his children he is actively trying to bring people together. He believes that many of our current social problems can be solved by community effort and sees Time Banking as a great way to help rebuild our social infrastructure.

Jeff has been interested in computers and websites since he was 13 and is fascinated by responsive design; the ability for websites to adjust based on the device used to view them.

Jeff lives in Ypsilanti, Michigan and is proud to be a part of the Time and Talents Software team. 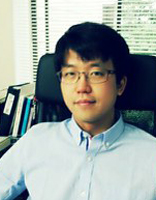 Kyungsik Han is a Ph.D. candidate in the College of Information Sciences and Technology at the Pennsylvania State University. He grew up in South Korea and has been living in the US since 2009. He studies the application of mobile & ubiquitous computing in geographical communities. He designs and develops smartphone apps, runs user studies, investigates impacts/consequences of the apps, and draws design/socio-technical implications. 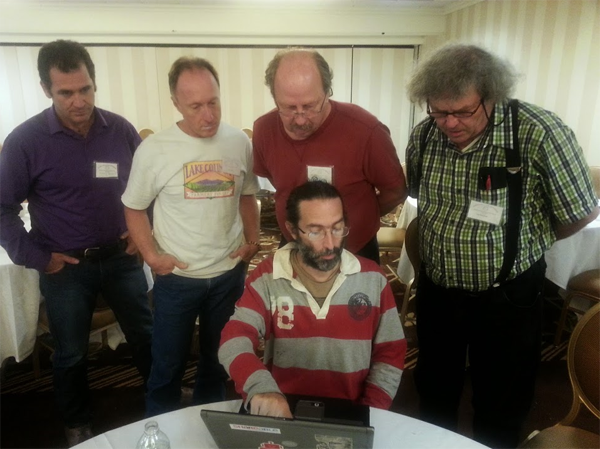