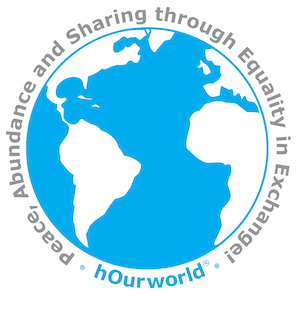 Time Banking and the Economy 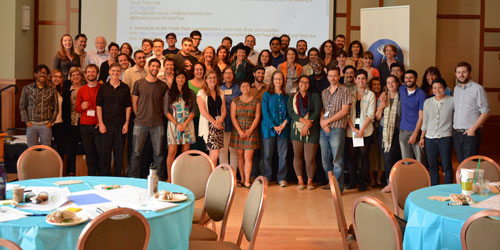 Most would agree that the decrease in traditionally publicly funded initiatives will be more the rule than the exception over the next decade. Personal and public debt will need to contract either by choice or by necessity. The best case for two thirds of the GNP that is based on private spending will be that of slow growth or stagnation for the US economy. Public spending, the other third of GNP, will face cuts due to debt pressures, structural changes in the US and world economy and political pressures.

Add in the rise in costs of the basic resources that support the economy, oil and other commodities, and you have an additional dampening effect to the GNP.

And these are the positive forecasts. Without new (old) tools to deal with a contraction in the money economy what will be the effect on community institutions, the local economy, the social fabric and the ecology of our nation?

Time banking can be a major force to buffer the effect of the decline in the dollar based GNP. Relationship economies, those of our grandparents, will be in resurgence. Doing more with less and doing more in community will be a natural impulse and one that could have not only a balming effect on people and communities under strain, but if accepted with grace and enthusiasm, may be very restorative to the spirit of our people and the for the planet we inhabit.

What if we realized that in spite of the news about the economy that we are as wealthy as we have ever been. Our skills, our services, our stuff are truly abundant and if we utilize a time currency based on equality as a means of sharing this abundance, how strong would our communities be? What if we realize that unemployment in the cash economy means we are able to be of service in the time economy? Or the outsourcing of a job to a land far away is an opportunity for re-sourcing our attention to our local economy?

hOurworld® holds this vision as our call to action. We seek and are finding like minded hearts and minds to create this reality all across the country.

Most people are not aware that when this country was built there wasn't a national currency until after the civil war. Schools, churches and roads were built by local hands. But there seems to be a national remembering going as people from every state have reached out to us to share this concept.

We believe community currencies have the power to redirect our energies in a positive, restorative and healthy direction. They seed empowerment and new (old) ways of thinking about the way we work and think about the nature of money and wealth.

We offer free software as an essential tool to track and encourage community interaction. We have been gathering best practices from the time banking movement and have created Immersion trainings to support regional dissemination of the skills to start and run an exchange. We are working deeper with communities that are creating synergies with existing community organizations to help transition these organizations with an infusion of community capital as traditional sources fade.

With the economy and the ecology in crisis, we don't need another movement, we need movements moving together. We encourage this nationally between hOurworld® and TBUSA and sister organizations we see that share aspects of our philosophy: creating peace, abundance and sharing in the local economy and ecosystem. We are developing relationships with Buy Local and Transition Town initiatives because we feel these organizations embody aspects of our mission.

In each of our efforts, be they building software, setting up training hubs or supporting local synergies, we are building models of sustainability that will be essential for this movement to become a powerful force for positive change.

Join us in hOurworld® and let's create an economy that is as generous and just as the planet that supports us.